Big thanks to Kisha for her help with the Photo selections for this months two covers, Bumper packed Issue for you. 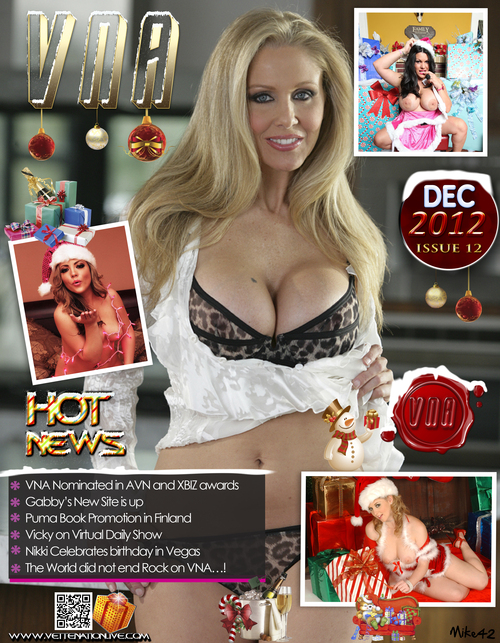 The new year is just on its way when in January the winners of the Xbiz Awards are being announced. Vicky Vette gets the award for ‘Web Babe Of The Year’. The male version of Michelle Obama, the first man, the Chief of Staff, but above all, her loving and caring husband, online undercover by the name of ‘rokkerr’, shares his feelings: “Apart from being incredibly beautiful and entertaining on camera, what you don’t see when you log into your cam are all the endless hours she spends working, day in and day out. Even if she doesn’t have to work she’s usually trying to come up with some kind of technical gizmo to improve what you guys get and see. Whether it’s updating a site at 2am, responding to private messages and endless emails, packing up 8×10’s to send out or designing a new site. I gotta say, Vicky is amazing”. In that same month, the website of recently signed Julia Ann goes up as well as Francesca Le’s redesigned one. Francesca gets an all new and professional looking site with an amazing colour. This year marks her 22nd year in the business and Fran kicks off in an exclusive live cam show on Sunday, January 29th

Miss Freeones is back. In April hundreds of girls compete against each other to win the title and defeat 2011’s winner Sophie Dee. With help from the most amazing fans who voted their asses off, VNA goes into the second round with all 12 girls, including Shanda Fay, who had a slow start, but went up on the ranking thanks to heartfelt support by the other girls. In May the contest’s climax is just as thrill-seeking as in most of Denzel Washington’s movies. Julia Ann finishes at number ten, but like in any contest there can be only one winner; Vicky (Vidette?). After ending second, twice, she finally gets ahold of the so deserved crown and cheque.

Bootylicious babe Sara, Mexican milf Gabby, Dutch delight Bobbi and sexy Swede Puma have been chosen to become a Fleshlight girl. In the beginning of the month that we’re in, Sara Jay, Gabby Quinteros as well as Euro babes Bobbi Eden and Puma Swede announce they have been or are planning to go to Austin (Texas) to have their vaginas replicated at Fleshlight headquarters. More exciting news comes in on May 18th. Word gets out that the Dirty Dozen will transform into the Tremendous Thirteen. One of the most spectacular names in the bizz, former Penthouse Pet of the Year Nikki Benz, signs a long term deal with the VNA and makes the network line up look even more impressive than it already did.

Boobs, the bigger, the better. Deauxma got a new size in the previous month and several girls will follow later this year, but in June it’s Nikki Benz who gets them enlarged to 34DD right after she has been feature dancing in Richmond, Virginia. Speaking of, Puma Swede, other half of Swenz, makes an appearance at Deja Vu, in Tampa. Evidence of that is still around, both online (‘Tearing up Tampa’) and in Vicky’s life. Cause let’s be honest, letting Puma stay at your house for a week is quite an adventure, to say the least. There’s a clear blue sky indicating mid summer, when on Monday July 9th, Nikki goes live for her first ever VNA camshow! No matter where in the world you’re watching this show, whether it’s in Finland, Norway, Holland, Germany, England, Canada or any part of the US, temperatures go up instantly.

The west coast of the most influential nation in the world gets flooded with ‘more pornstars than you can handle’. The LA Convention Center is the place for Adultcon 2012. One of the member get togethers VNA is proud of to organize for a few years now. Members from the US, Canada and Europe fly to the world capital of filmed entertainment. Some end up under Francesca and Carmen in a wrestling sequence, Bobbi takes two to go and see Steel Panther with her and husband Marq, others are being taken to a charity event by Julia and one has the honor of ‘spending time with Gabby’. Months after we are still wondering what really happend between them, but like every year the convention itself is a huge success. Think back of the cool military assault vehicle in the middle of the booth and everyone having a good time Sunday evening at Saddleranch on Sunset Boulevard. Dreams can come true.

Europe is still recovering from all that happens in August. Nikki and Puma make their epic Euro trip. Madrid, Barcelona, Istanbul, Marrakech, Stockholm to end with a massive party on the number one party island; Ibiza! Deauxma goes to the Dominican Republic for the International Swingers Convention. Charlee Chase is at FetishCon: Adultcon, but then literally tied up for several days? She also gets interviewed by the funny Tracy Allen.

September is, without a doubt, Bobbi Eden month. The blonde bombshell announces she has signed a long term contract deal with Dutch webcam company IsLive. There’s the announcement of her own reality mainstream television show ‘Bobbi In The USA’ and as if that ain’t enough, she spreads the word about her underwear line, which is up for sale at the Kama Sutra fair and in her own webshop.

In October both Deauxma and Bobbi launch their newly revamped websites. Shanda Fay is next to ‘pump up two already nicely formed assets’ and Julia celebrates her 43th birthday with the introducting of an animal rescue fund. “I love to rescue animals, get them healthy and find them good homes. I’m sure you can imagine how crazy food and vet bills can get. If you would like to help me with the expenses, this is an easy way to do just that. It doesn’t take much to make a difference. A little means a lot”. Also, it’s time for the 20th annual Nightmoves Awards. Some of adult’s biggest stars are gathered at Tampa’s Dallas Bull Nightclub including six VNA girls. All look mind blowing and a few of them get to take an award home. Vicky for ‘Best Social Media Star’ (Fan’s Choice) & ‘Hall Of Fame’, Nikki for ‘Best Feature Dancer’ (Editor’s Choice), Sara for ‘Best Boobs’ (Fan’s Choice), Charlee for ‘Best Boobs’ (Editor’s Choice) and the VNA won in the category ‘Best Overall Network’ (Fan’s Choice).

In December there’s good news for Francesca and ‘partner in crime’ Mark Wood. Gamma Entertainment’s Fame Dollars affiliate program adds director site lewood.com to the Evil Angel websites. And in the final month of the year, one more VNA website gets a total makeover; Gabby’s. Completely new and fresh look with colours that make you think it’s spring everyday. Great combination of lime green and baby blue, a new promo video on the main page, the latest sexy tweets (uh, pics) and gabbyquinteros.com is 2013-proof.

This year brought the VNA many good things, so let’s continue in 2013. The Xbiz and 30th AVN Awards are coming soon. On February 18th the Miss Freeones competition kicks off again. On top of that, a new LA Adultcon in April. That combined with the hottest content and weekly camshows of the VNA girls, guarantees that you are dealing with the best – and only network where porn and personal interaction come together. On behalf of the VNA girls, the News Magazine would like to thank all the members for their continuing support. Cause remember one thing, if it wasn’t for all of you guys, VNA would not be what it is today! Happy New Year! 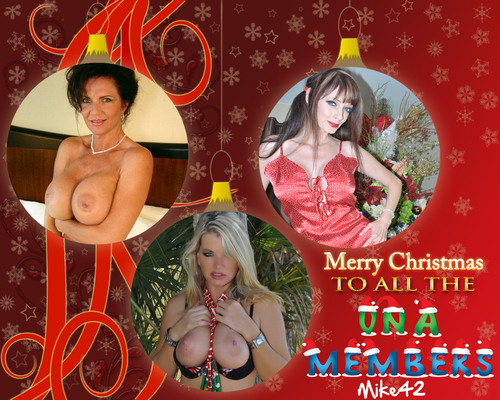 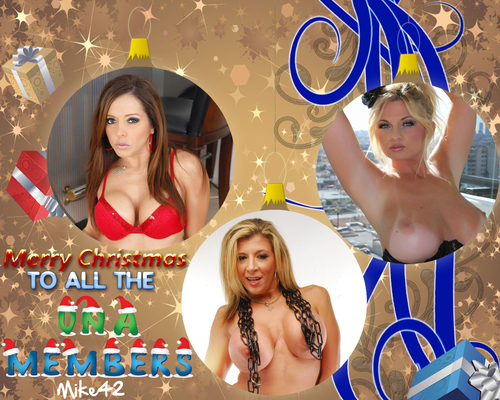 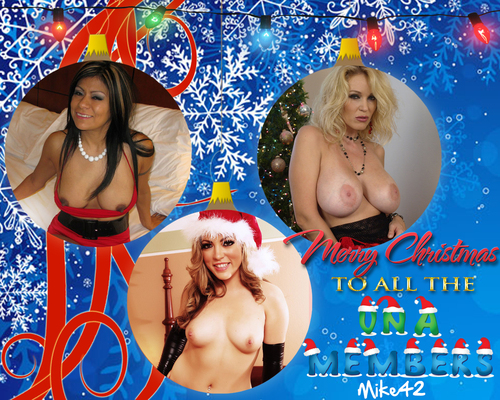 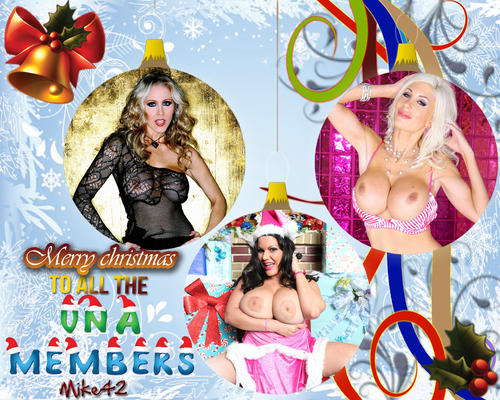 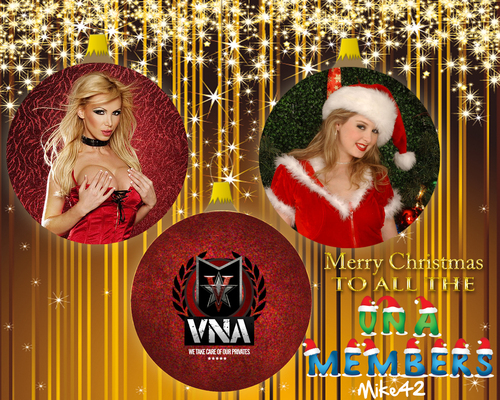 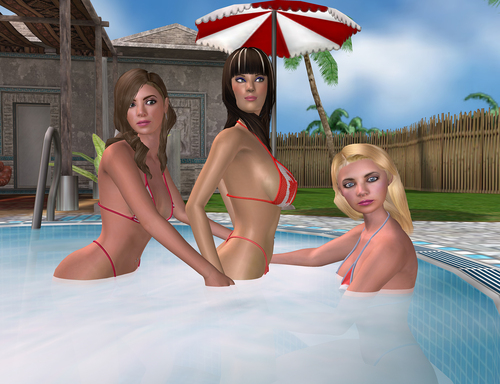 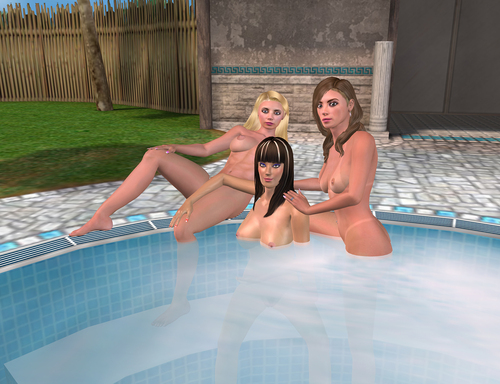 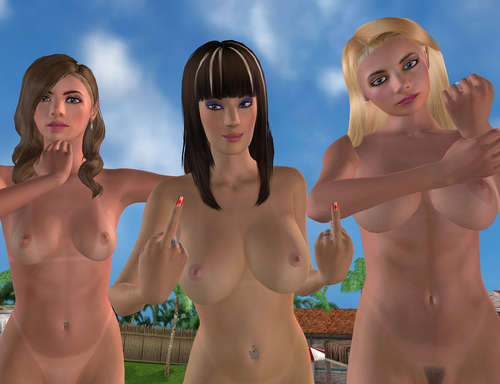 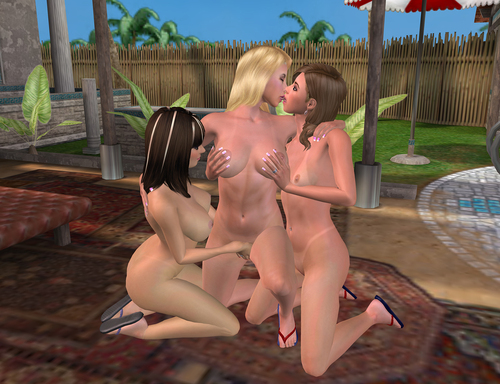 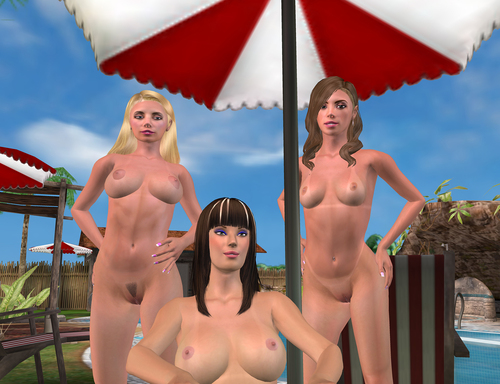 Thats it for another month, Its been a great year and its just gone so fast, I would like to say a special thanks to Vicky, Shanda, Monica and Julia Ann for all there love support and great work this year.

Guy’s and Girls have a great New Years

For the Full 14 page issue check out the VNA Members Board.